Put the flour, butter, egg and a pinch of salt in the bowl of a food processor. Blitz until it forms a ball, this won’t take long. Remove from processor, shape into a disc, wrap in cling film and refrigerate for 2 hours so that it loses all elasticity and will not shrink during baking.

In a small bowl mix the marmalade and 1/2tbsp of the rosemary together.  Taste it, the flavour should be subtle, with a hint of the fresh herb. If lacking in flavour, add more chopped rosemary.

When ready to bake, preheat oven to 185C, remove pastry from fridge, unwrap, and roll out to a diameter of approximately 28cm between 2 sheets of baking paper. Spread the marmalade mix into the middle, leaving a 4cm border around the perimeter. Now, gently bring the sides of the pastry up to make a fluted edge. Make an egg wash with the egg yolk and milk and with a pastry brush, gently brush the exposed pastry with the glaze. Place the tart, still on baking paper, in the oven and bake for 15-20 minutes. Remove from oven and let cool for a few minutes before eating. 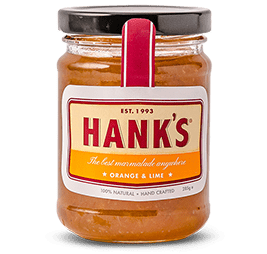